Waiting for SSH service to be ready with Paramiko#

Today I faced a task which required first to establish an SSH tunnel in a background process and later use this tunnel for SSH connection. What seemed like a child's play first actually had some fun inside.

Consequently, I needed a way to ensure that the SSH service is ready before I try to consume it. 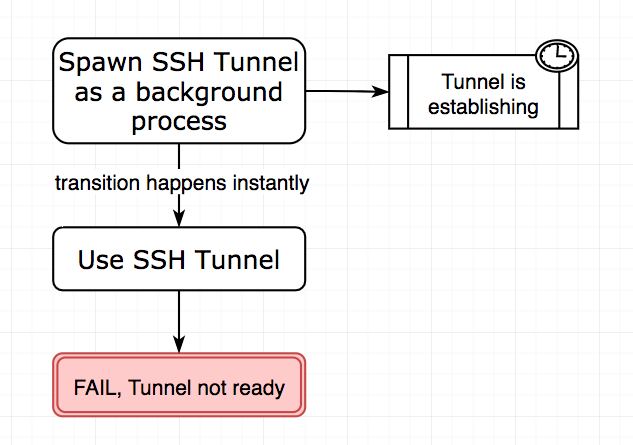 But how do you check if there is a server behind some host:port and that this server is of SSH nature? In Ansible we could leverage wait_for module that can poke a socket and see if OpenSSH banner is there. But in my case Python & Paramiko was all I had.

It turned out that with Paramiko it is possible to achieve the goal with most straightforward and probably least elegant code:

I found it sufficient to setup a timer-driven while loop where Paramiko tries to open a connection without credentials. In order to detect if socket is opened I catch different type of exceptions that Paramiko emits:

And that quite does the trick: